The Village at Bay Harbor 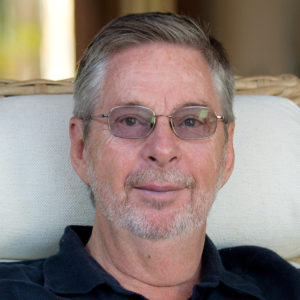 David V. JohnsonCHAIRMANDavid V. Johnson, Chairman of Victor International Corporation, is committed to creating unique living and working environments that exist in ecological harmony with the land. His passion for thoughtful development, respect for the land and integration of leading edge infrastructure technologies are evident in all of the residential and commercial projects he has helmed, and under his guidance, Victor International has grown to include world-class resort communities and properties.

Johnson is internationally recognized as a successful entrepreneur and luxury community developer, and his work has been recognized by local and international organizations including, the prestigious Urban Land Institute, the CNBC International Property awards and many more.

In 2009, David V. Johnson was given the GEM Visionary Award by Global Electric Motors.  In 2003, Johnson and Bay Harbor were awarded the prestigious Award of Excellence by the Urban Land Institute for excellence in design, planning and development. Johnson has also been hailed as Environmentalist of the Year by Michigan Chamber of Commerce and as the 2006 Developer of the Year by the Building Industry Association.

With a long history of giving back to the local community, philanthropy is a core principle of Johnson's business philosophy, which is evidenced by his commitment to the communities where he works, including co-founding the Bay Harbor Foundation in Northern Michigan, The Victor Foundation (Michigan), and the North Sound Foundation (BVI).

In addition to his degree from Michigan State University, Johnson is also an annual participant, group leader and graduate of the Presidents' Program at Harvard Business School. 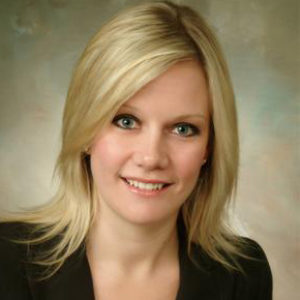 Prior to joining the company, Merriman was an attorney with Dees Law Office in Central Illinois, focusing on contracts, litigation, financial matters, as well as family law. She earned her Juris Doctor from Michigan State University College of Law and her Bachelor of Arts from Western Michigan University. During college, Merriman served as an intern for Bay Harbor Properties and Victor International Corporation.  She is admitted to practice law in Michigan, Illinois, and the US District Court for the Central District of Illinois.

Merriman is a member of the American, Illinois State and Oakland County Bar Associates and the State Bar of Michigan.

LEARN MORE ABOUT OUR COMPANY >

Since its founding more than 30 years ago by David V. Johnson, Victor International Corporation and its affiliates have been in the business of creating exceptional residential and commercial developments. The 43 developments and communities that are a part of the Victor International Corporation resume are proof of our company’s passion and skill at creating communities that remain highly desirable.

The low-density communities we have been privileged to develop were realized by setting and exceeding standards for excellence, design and cooperation with local government entities. With each new project, we have elevated standards for quality and use of the land within the community.

BAY HARBOR
The most widely acclaimed reclamation project within the State of Michigan is Bay Harbor, a $1 billion world-class resort community development situated on 5 miles of Lake Michigan shoreline in Northern Michigan.

TURTLE LAKE
An exclusive $400-million community in Bloomfield Hills, Turtle Lake, is considered by many to be the most luxurious low-density luxury community in Michigan.

HERON BAY
Victor International set the standard for luxury real estate in Michigan with Heron Bay. It was the first development in Michigan to sell residential lots for over $1 million.

OIL NUT BAY
Situated among stunning topography, white sand beaches, and the turquoise waters of the BVI, Oil Nut Bay is an intimate resort community that is beautifully conceived and constructed to accentuate miles of spectacular island shoreline, dramatic hilltops and never-ending horizons.

YCCS MARINA VIRGIN GORDA
A state-of-the-art superyacht club and sponsor of the inaugural Caribbean Superyacht Regatta and Rendezvous, the marina’s location, a private peninsula on the eastern tip of Virgin Gorda offers the exceptional, protected waters of North Sound and the security and safety of the BVI.

About Us Communities & Resorts In the Media contact Careers